The i4 Studio, called Studio hereafter, is a holistic GUI supporting i4 App developers to easily implement applications by integrating and orchestrating services, APIs, and connectors. Furthermore, the Studio provides an interface to deploy outcomes to the i4FS Marketplace.

The Studio is a i4FS specific IDE that can be used by developers. It accompanies them through the entire i4 Asset development lifecycle and it can be split into the following multiple states

Packaging and Local Debugging
The developer has the option to run i4 Assets locally inside the Studio in the context of the i4 Platform. To make this possible, the application is packed locally and thus converted into an executable debuggable version. 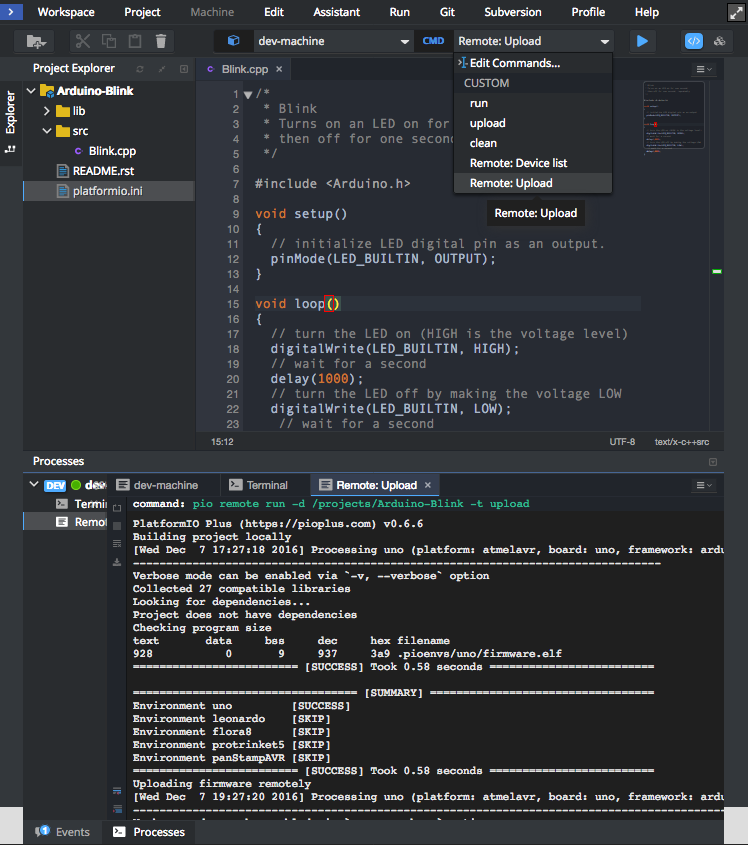 Easy use of features and methods provided by i4FS.

Provides an easy and user-friendly GUI for developers to build and adjust their i4 Assets.

Enables a quick and controlled workflow through the Marketplace to publish i4 Assets.

Learn more about i4FS by visting the project website for general information, the wiki for information about the core components, the Technical Manual for API documentation, and downloading the repository’s source code.

Get a better understanding of the global architecture and information flow.
Learn more

Our source code is opensource and available on our Gitlab repository.
Learn more

Let your infrastructure communicate with the i4 Platform.
Learn more
Manage Cookie Consent
We use cookies to optimise our website and our service.
Manage options Manage services Manage vendors Read more about these purposes
GDPR preferences
{title} {title} {title}